Our Advocacy For Animals

We are a voice for the voiceless

Animals don’t have a voice, but they rely on us for so much. That includes keeping them safe. The Humane Society of Southern Arizona is a founding member of the Animal Cruelty Taskforce of Southern Arizona, and we have always taken a leadership role in combating violence toward animals. 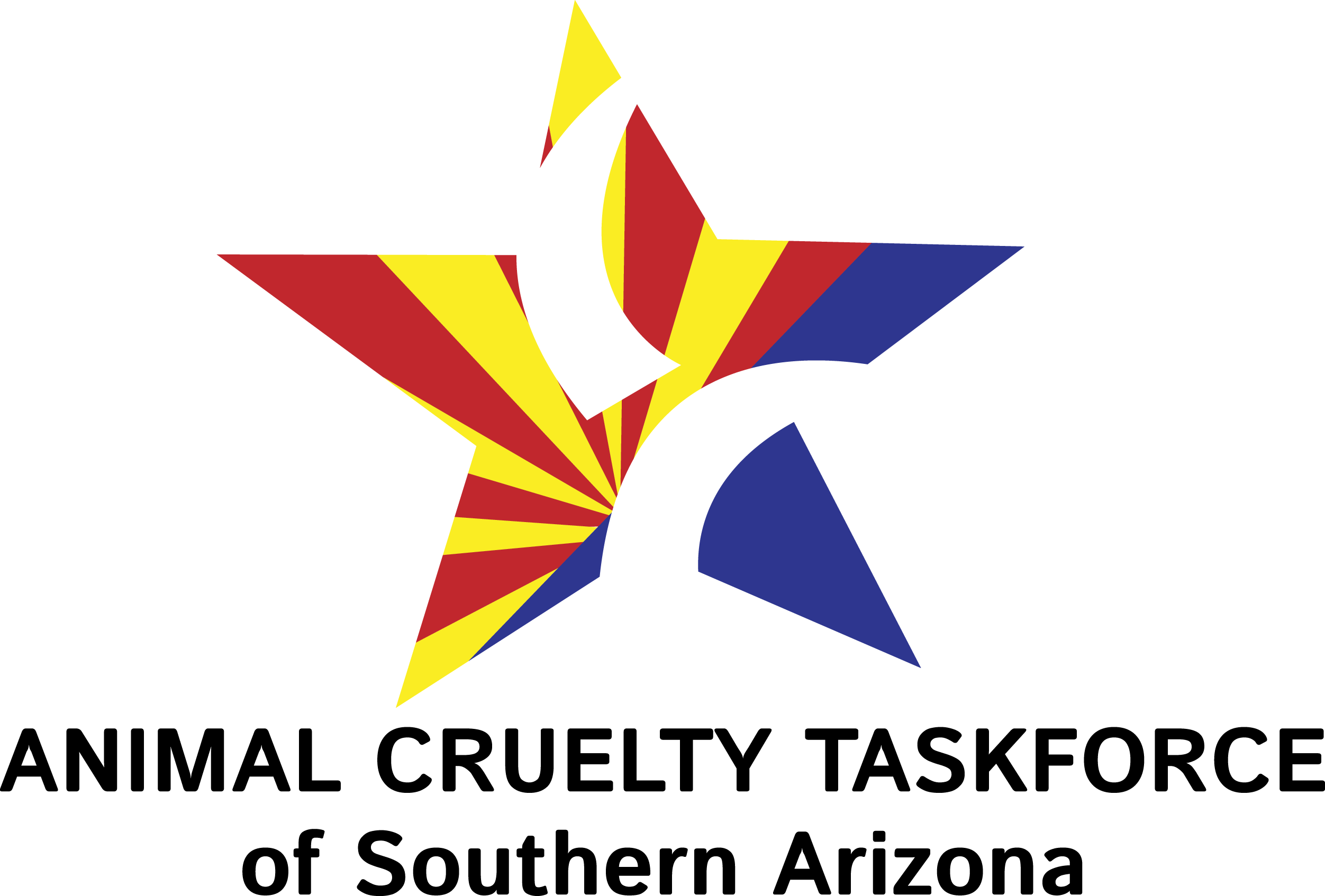 The Humane Society of Southern Arizona has supported laws that protect the rights and welfare of animals in Pima County and across the state. We are proud to be at the forefront of promoting the passage of these legislative initiatives.

The Arizona House of Representatives just passed HB2671 (42 yays – 18 nays) and has been signed into law by the Governor.

This victory means that animal abusers will face stronger penalties in the worst cases of abuse – the ones where abusers intentionally and knowingly inflict cruel mistreatment. It means that bad people will be held accountable for their heinous acts and justice will be served. It means the punishment will finally fit the crime. It means that your voice mattered. This victory is a direct reflection of your advocacy. The Humane Society of Southern Arizona has advocated for the last four years to pass this bill. Having HB2671 pass is a major milestone for animal rights in the state of Arizona.

This new law will make a real difference in our community. Every day, our shelter clinic see horrific cases of cruelty and neglect. The Animal Cruelty Taskforce investigates hundreds of cases of animal neglect and abuse each year. Previous laws made it impossible to secure harsh penalties for all but a few of the most horrific cases. The vast majority of animal abusers received an embarrassingly inadequate charge, often pleading to a misdemeanor without jail time or probation. Until now, that is.

We thank Representative Kavanagh who served as the bill sponsor and champion, Pima County Attorney Jonathan Moser for his leadership and our Humane Legislative and animal welfare partners who rallied with us.

The list of acts constituting cruelty to animals would be expanded to include intentionally or knowingly subjecting a domestic animal (one kept primarily as a pet or companion) to cruel mistreatment or intentionally killing an animal without legal privilege or consent of the owner. Punishment for animal abuse would be a category 5 (second-lowest) felony. This amendment is pending passage by the Senate Commerce Committee. HSSA strongly supports the amendment to HB2671.

The bill offers protection for people who buy pets with a preexisting illness or injury, as well as allowing cities to decide how pet stores get animals, and potentially stop stores from selling puppy mill pets. Read the full bill. The Humane Society of Southern Arizona strongly supports HB2329.

Changes from the Tax Cuts and Jobs Act of 2017 doubled the standard deduction, limiting the number of taxpayers who might continue to itemize, thereby also potentially reducing charitable giving. The Alliance of Arizona Nonprofits and Nonprofit Policy Council have introduced a bill in Arizona that would allow taxpayers to take the charitable deduction on their state taxes whether they itemize or not. Read the full bill. HSSA strongly supports HB2359.

The bill expands protection for animals to include protections against harassment of working animals (for example, police dogs left in a vehicle). Cruelty to animals under these circumstances is a class 1 (highest) misdemeanor. Read the full bill. The Humane Society of Southern Arizona strongly supports HB2421.

The bill would require that any adult convicted of cruelty to animals or animal fighting must register with the Secretary of State. It would also mandate that in 2020, anyone that sells, gives or adopts three or more animals a year would be allowed to check the registry and would be prohibited from selling, giving or adopting out to someone listed Read the full bill. HSSA supports HB2588.

Our vision is a community in which all pets are cared for and loved. To realize that vision, we are involved at the local, state, and national levels, with staff representatives on animal welfare committees including:

Get exclusive updates and event invitations