This Tuesday, April 6th is Arizona Gives Day and the Humane Society of Southern Arizona (HSSA) is counting on the generosity of the Tucson community to help raise $75,000 for homeless pets in need.

Arizona Gives is a collaboration between the Alliance of Arizona Nonprofits and Arizona Grantmakers that raises awareness about Arizona nonprofits and the critical role they play in our communities and state. Arizona Gives Day inspires people to give generously to nonprofits making our state stronger, creating a thriving community for all.

HSSA is a private nonprofit 501(c)(3) charitable organization, It is not a department of the federal, state, county or city government, nor is it a branch of, or affiliated with, any other charitable organization. HSSA doesn't receiving any funding from the state or county, and relies completely on donations for support.

HSSA wants to share the heartfelt and inspiring stories of pets whose lives have been directly impacted by generous donors. Maggie, the 12 year old Shih Tzu, was abandoned outside the front gates of HSSA in a cardboard box, with severely dirty and matted fur, and covered in insects. Her life was saved by HSSA's Second Chance Fund. She is now healthy and eagerly awaiting adoption.

Charlotte, a 1 year old tortoiseshell cat was badly burned in a fire. She has been receiving treatment by HSSA's Medical Staff for several months, and will continue to recuperate until she is stable enough for adoption.

These stories and more are available to view online at HSSAZ.org/AZGD

Hannah Carl, HSSA Public Relations Lead says, "It's so important to us that the community feel connected to the work we are doing, which is why we're showcasing these stories. We want our supporters to see all of the amazing things that we're able to do because of their donations."

In addition to helping stray and abandoned pets, HSSA also acts as a valuable partner to other local animal shelters. When Pima Animal Care Center (PACC) took in a large hoarding case of over 40 dogs last week, HSSA was on the scene to help ease the burden.

Steve Farley, HSSA CEO says, "As the leading independent community-supported animal welfare organization in Southern Arizona, HSSA is helping the Pima County shelter deal with this difficult situation by accepting some of the animals into our shelter and preparing them for adoption to loving homes. As has been our mission for the last 76 years, we always stand ready to save the lives of pets in trouble wherever they are found."

The dogs that were rescued from the hoarding situation and are now in HSSA's care are undergoing medical and will be available for adoption soon.

Your donation honors HSSA's 75+ year commitment to serving pets and the people who love them of all of Southern Arizona. 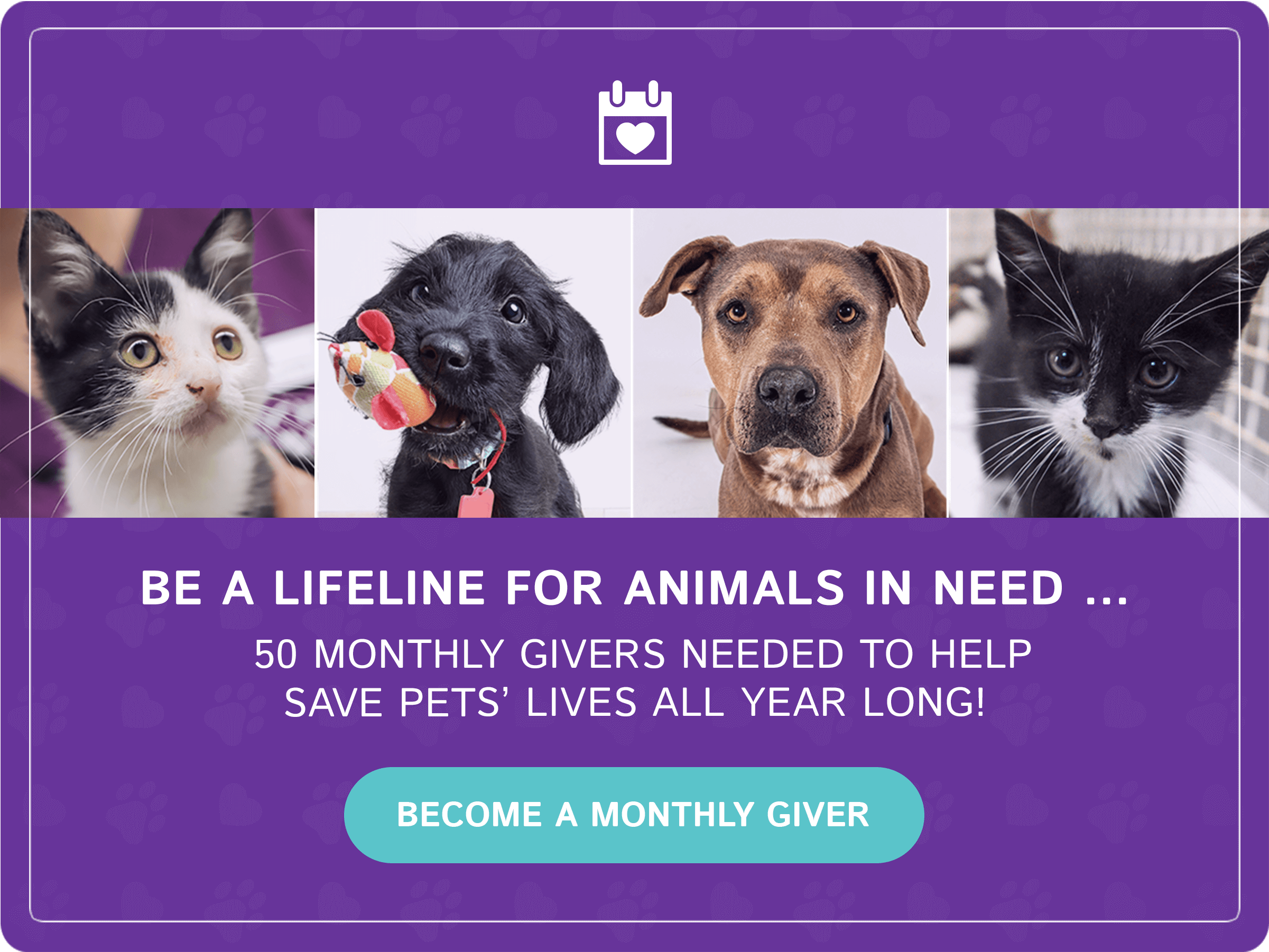